Translated from English to Arabic by Dr. Manal Hamzeh 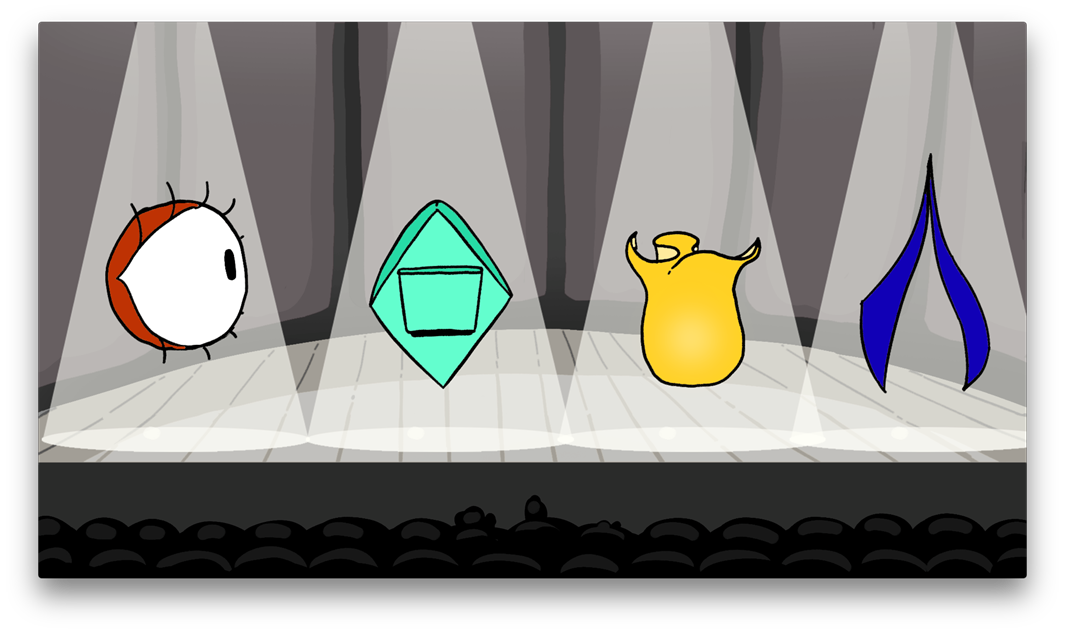 Synopsis of The Four Hijabs

Released in 2016, The Four Hijabs (12min 6sec) is an animated short film that explores the multiple meanings of four hijabs mentioned in 16 Qurâ€™anic verses and interprets them through Arab-Muslim feminist lenses:

âš¬ the spatial hijab (the separator between private and public spaces)

The Four Hijabs is an entertaining and accessible opportunity to engage with the complex ideas surrounding the hijab.

Inspired by ideas in Dr. Manal Hamzehâ€™s book Pedagogies of DeVeiling: Muslim Girls and the Hijab Discourse (Information Age Publishing, 2012) and adapted into a screenplay by Hamzeh and Jamil Khoury, The Four Hijabs builds upon the groundbreaking work of the late Moroccan feminist writer and sociologist Fatima Mernissi.

In the summer of 2017, one year after the launch of our animated short film The Four Hijabs, my friend Samar Dudin introduced me to the owner of one of the most reputable dubbing companies in the Arab world, located in Amman, Jordan. Even before viewing The Four Hijabs in its entirety, he agreed to produce an Arabic dubbed version. I handed him the Arabic script assuming we would need to workshop it with actors before beginning the recording process. To my astonishment, within 48 hours, he asked me to visit him at the studio so that I could review the final dubbed version!

In that short window of time, the producer hired the actors and finished the actual dubbing. Adding to the complexity of it all, the actors he selected were all Syrians living in Syria. They literally emailed in their audio recordings shortly after listening to the film in English. Their cadence and tonality adhered to that of the American actors. All of this was done against the backdrop of a horrific war in Syria. Thus, the actors requested anonymity to avoid any risk of retaliation for participating in such an overtly anti-patriarchal project.

The process of dubbing The Four Hijabs into Arabic is an example of critical feminist translation. It adds another layer of resistance, refusal, and disobedience to both the English language version and the Arabic subtitled version. Moreover, the Arabic dubbed version gives The Four Hijabs another chance to speak back to oppressive patriarchal movements and regimes in Arab and Muslim-majority contexts. It also engages a substantial Arabic-speaking audience and opens the possibility of questioning and unlearning the dominant gendering discourse of the hijab.

It is worth noting that the Arabic translation intentionally used classical Arabic to reach a wider Arabic speaking audience. Simultaneously, the actors’ very subtle Shami (Levantine) accent invites warmth and intimate engagement with the script, mostly for Arabs who speak and are close to this accent: Syrians, Jordanians, Palestinians, and Lebanese.

Along with the previously available version of The Four Hijabs subtitled in classical Arabic, it is our hope that this dubbed version will reach a broader Arabic speaking audience and generate transnational conversation and inquiry.

Having co-written the original English language version of The Four Hijabs with Dr. Manal Hamzeh, I take great pride in the fact we created an animated short thatâ€™s been described as â€œcompelling,â€ â€œinformative,â€ â€œthought-provoking,â€ and â€œeye-opening.â€ But the experience of hearing the piece in Arabic goes beyond interesting food for thought. Quite frankly, it feels revolutionary and subversive, dangerous even.

Listening to The Four Hijabs in English, Iâ€™m always struck by the critical questions the film poses, the new perspectives it dramatizes, and its relevance to conversations occurring within Christianity, Judaism, and Hinduism. But when I listen to it in Arabic, the stakes are even greater. For in addition to doing important pedagogical and feminist work, it challenges gender injustice more stridently and unapologetically. It throws down the gauntlet in a hotly contested intra-Muslim debate. The patriarchs are being taken to the mat, and it is both scary and exhilarating.

Streaming Links of The Four Hijabs
All videos are available for free on YouTube and at www.fourhijabs.org:

The Four Hijabs (in English with option of Arabic subtitles): https://youtu.be/64-29gsaVns

On October 12, 2019, Silk Road Rising sat down with Dr. Manal Hamzeh to discuss questions surrounding The Four Hijabs and to provide her a forum for contextualizing her academic and activist work. The videos below, one in English and one in Arabic, address different but related aspects of Hamzeh’s analyses and decades-long feminist journey. It was an opportunity for Hamzeh to make her work accessible to both English-speaking and Arabic-speaking audiences.

This press release was issued through Arab Newswireâ„¢. For more information on press release distribution to media outlets in Arabic world, Middle East and North Africa (MENA), go to https://www.arabnewswire.com .

Delektia set to heat up regional frozen foods sector, as clever and innovative F&B brand launches operations in the UAE

No Result
View All Result