Endovascular Aneurysm Repair Market is expected to be more than USD 4 Billion mark by 2025. (I-BusinessNews.Com, February 24,…

(I-BusinessNews.Com, February 23, 2020 ) Dairy alternatives are food & beverage products that are similar to certain types of dairy-based…

(EMAILWIRE.COM, February 24, 2020 ) Monday, January 27, Justin Bieber premiered the first episode of his new YouTube Originals docuseries, “Justin Bieber: Seasons” at the Regency Bruin Theatre in Los Angeles. With 32.65 million views across 97 countries, it quickly became the most-viewed original premiere in its first week on the platform.

The 10-part docuseries follows what Bieber has been up to in the four years since he released his 2015 album, “Purpose.” It offers a glimpse into his private life: He talks about his marriage to model Hailey Baldwin 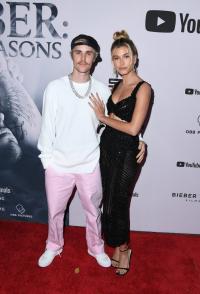 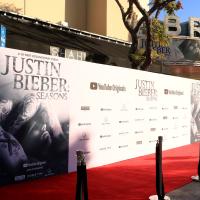 (now Bieber), his diagnosis with Lyme disease, and his battle with drug addiction and anxiety. The series also shows a behind-the-scenes preview of his new album “Changes,” which was released on February 14.

Titled “Leaving the Spotlight,” the series first episode tracked Bieber’s decision to step back from public life after cancelling the last 14 dates of his Purpose World Tour in 2017. Fans could catch new episodes every Monday and Wednesday at 12:00 p.m. ET. The last two episodes will be February 24 and 26.

Step and Repeat LA created an impressive 30′ media wall for this well-attended premiere.

Whether its a premiere, charity event, trade show, or a prestigious sports awards, Step and Repeat LA strives for excellent customer service, high-quality backdrops and products, and efficient installation services. They are passionate about their work and always perfecting their operations to create the best experience for their customers.

Step and Repeat LA has an impressive variety of high-quality products including custom backdrops, carpets in 13 colors, stanchions, media walls and hedge walls with 3D lettering and flowers. In the Los Angeles area, they will also deliver, set up and take down media walls, backdrops, and red-carpet displays, but they also ship their products throughout the country.

Europe Air Conditioning Market is expected to be more than USD 21 Billion by the end of year 2025….